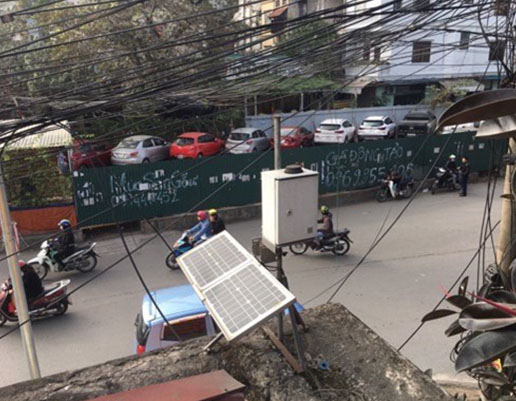 Air pollution in the Vietnamese capital of Hanoi has worsened recently according to measurements recorded by the AQMS stations network of the Ministry of Natural Resources and Environment. They have indeed recorded orange alerts, causing a potential danger to the elderly and children.

The NGO Vietnam Clean Air Partnership (VCAP) also noted that the level of fine particles in Hanoi has risen sharply, reaching a worrying threshold. The People’s Committee has expressed concern about the deterioration of air quality in the capital, attributing it to road traffic and construction projects underway in the city. Air pollution in Vietnam has reached an alarming level, especially in the big cities, where PM2.5 particles air concentration is on the rise and can lead to many serious diseases. Fine particles are composed mainly of sulphate and nitrate, can enter the respiratory system and cause cancer. 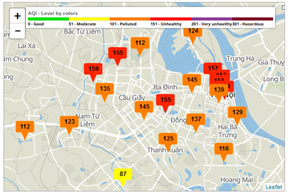 The country wishes to extend spatial coverage of air quality monitoring and protect more vulnerable populations.
It therefore needs to invest in more monitoring equipment and alternative approaches. The role of local administrations is also very crucial in providing resources not only to collect, but also to interpret data that can support science-based management of pollution emission sources.

In that respect Hanoi has, in the last 3 years, complemented its AQMS stations network with the deployment of
ENVEA’s Cairnet® mini-stations (32) equipped with a total of 160 Cairsens® micro-sensors. These are dedicated to continuous air quality monitoring and will measure not only PM10 and PM2.5, but also CO, NO2, SO2, O3, temperature and humidity. The Cairnet® will help the city increase its air quality monitoring coverage and public awareness through real-time pollution alerts. The measurements are indeed accessible to everyone, at all times, on the web: https://moitruongthudo.vn.

The project is managed by ENVEA’s local partner Golden Bridge. 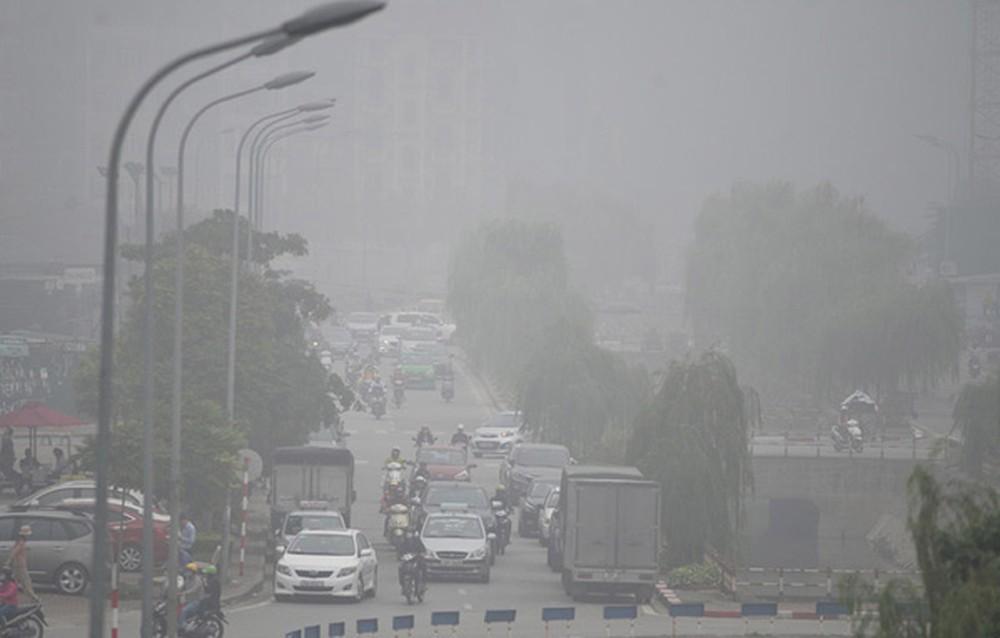 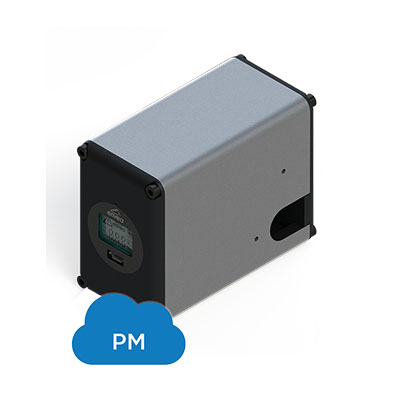 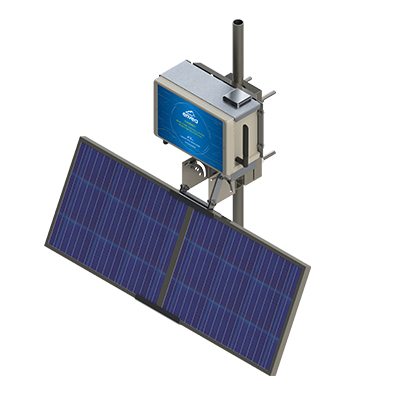 The solution has met the expectations of the city, as states Mr. Mai Trong Thai, director of Hanoi EPA :

“Following the cooperation program between France and Hanoi City Hall initiated in 2016, the city has been equipped, in two phases (2016 and 2019), with 32 Cairnet® and 2 AQMS stations of the ENVEA Group. This “hybrid” network featuring reference stations and Cairnet® have satisfied the city’s environmental managers. The latter are a cost-effective solution and work very well with the climatic conditions of Hanoi (very wet in winter and very hot in summer). They provide measuring values in line with those of the reference stations. This “mixed” network has allowed the city to gather real time measurements, thus helping us to build environmental protection policies.” 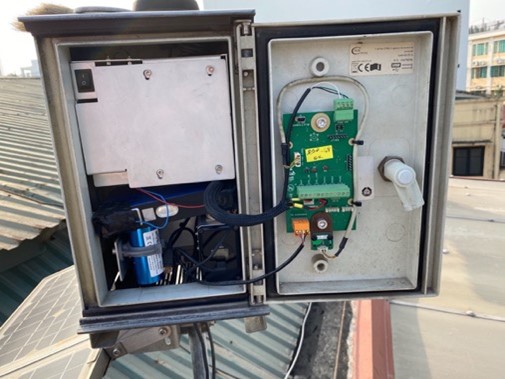 In order to ensure the performances of the sensors in local conditions, the Cairsens measurements are, upon delivery, correlated to reference AQMS station data.

The correlation coefficient (R2) of PM10 and PM2.5 Cairsens measurement and reference stations data are as follows: 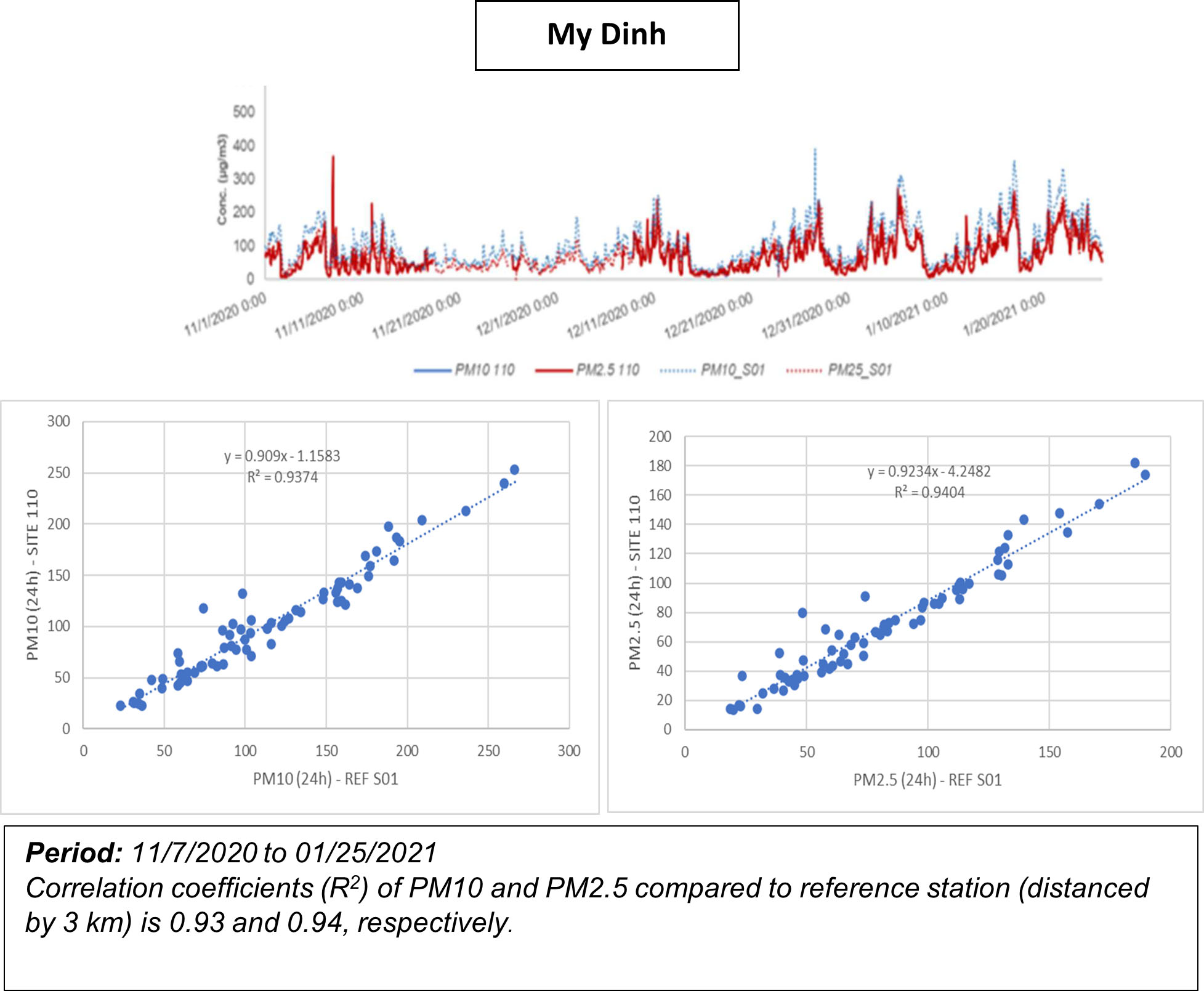 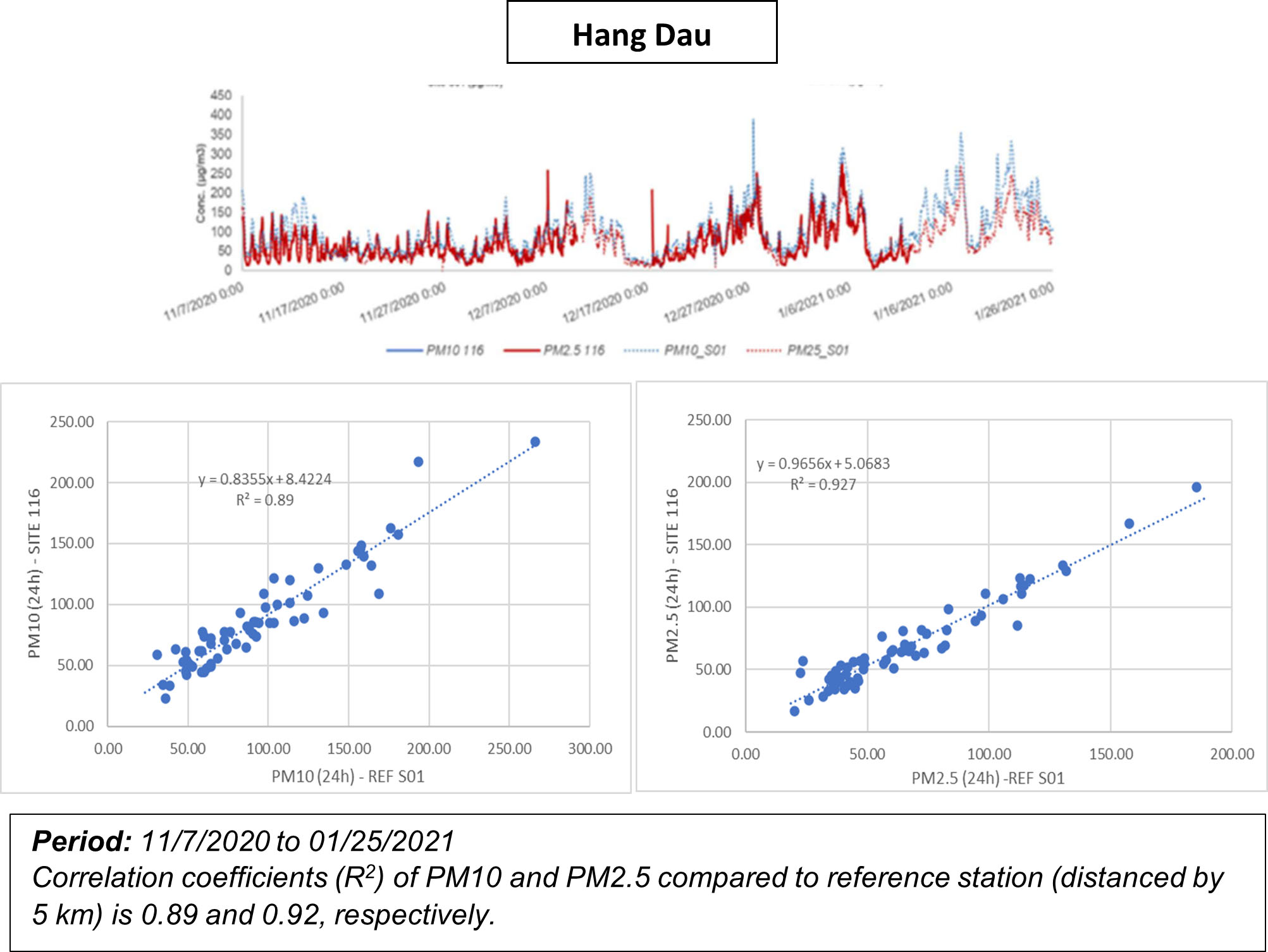