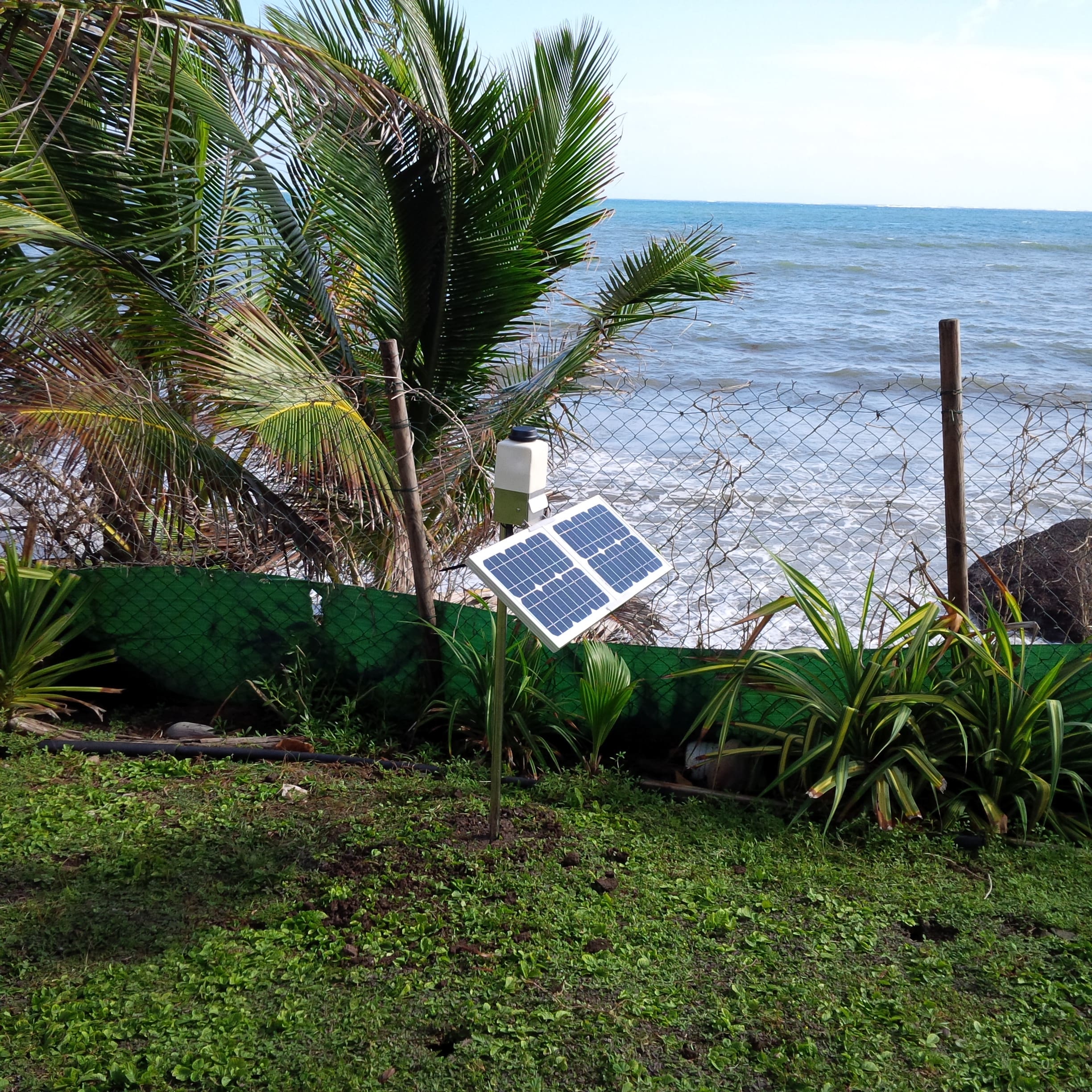 Following the update of health recommendations and the management measures of the High Council of Public Health (HCSP, France), the Regional Health Agency and GWAD’AIR (Approved Association for the Monitoring of Air Quality) have deployed a network to measure hydrogen sulfide (H2S) and ammonia (NH3). This network aims to continuously measure the emanation of these gases from the decomposition of Sargassum algae.

The monitoring system currently in place will be expanded starting in August with the addition of 24 new Cairnet stations deployed across 24 sites. Each station will be equipped with Cairsens sensors for the measurement of H2S and NH3, solar panels in order to be completely self-sufficient and will integrate a complete GPRS communication system to directly transmit data to the CairCloud, the Cloud data processing application. The recorded real-time concentrations will be reported daily to the public through the DEAL (Directorate of the Environment, Planning and Housing) and the Gwad’air websites.

The Sargassum is a brown algae of the Sargassaceae family, including a large number of species around the world. These algae have always been present in the North Atlantic Ocean and the Caribbean, with a well-known flow path between the Gulf of Mexico and the Saragasso Sea, with the rest of the algae scattered around the rest of the region.

Since 2011 a large stranding of brown algae named “Sargassum” took place along the beaches of the Caribbean islands, including the French West Indies, the Gulf of Mexico and the southeast region of the United States of America. This phenomenon, causes severe nuisance for the residents, health issues, and economic and environmental disorder. It pushed the French State to set up, during the second half of 2014, advice and support action for the communities, as well as a local emergency plan; and later on a national emergency plan during the summer of 2015.

The origin of this phenomenon remains inexplicable on a scientific level. Extensive research is underway in order to try estimate the frequency and volumes of these arrivals in the coming years.

Where does the smell emitted by the Sargassum algae come from?

The characteristic odor of rotten eggs is the hydrogen sulfide (H2S). It is a gas that comes from the natural decomposition of sargassum algae in the absence of oxygen, especially when algae (like all biodegradable material) rests in thick layers on beaches or rocks. Our olfactory system is able to detect this substance in very small quantities (0.02 to 0.03 ppm). The nuisances due to the gaseous fumes can be avoided if the collection, including the draining and transport to treatment plants of the sargassum, is insured within a delay of 3 days for the algae stranded ashore and one week for the ones floating near the shore. It is, in fact, beyond these delays that the layers of sargassum release fermentation gases, especially hydrogen sulfide (H2S), which, at low doses, emit a particularly nauseating smell and, at higher doses, may become toxic.

Produkte vergleichen
Alles löschen Vergleichen Sie jetzt
Manage Cookie Consent
To provide the best experiences, we use technologies like cookies to store and/or access device information. Consenting to these technologies will allow us to process data such as browsing behavior or unique IDs on this site. Not consenting or withdrawing consent, may adversely affect certain features and functions.
Manage options Manage services Manage vendors Read more about these purposes
View preferences
{title} {title} {title}
Go to Top